The Big Count is our flagship campaign to get people out onto the Thames collecting data on the health of the river. In spring and autumn every year, our volunteers and st

aff undertake major surveys to record and clean up the litter at key sites along the River Thames.

By charting the state of the river at the same location and on similar stages of the tide biannually, we are building a picture of the river’s health over time because, sadly, we  still don’t know the answers to basic questions like “where is the litter coming from?” and “is the problem getting better or worse?”

It’s important to identify the type of litter causing widespread concern and damage to the health of our rivers and ultimately our oceans. One key focus is looking at plastic pollution, for example, which is a global problem today that affects all rivers and oceans around the world.

The data collected by people like you – citizen scientists – on events such as the Big Count can inform future campaigns and new policies to improve the health of the river.

In April and May 2021, we will be conducting two Big Wet Wipe Counts with the support of Simple. See here for more details and how to sign up.

The Big Counts are run by our Thames River Watch project, which allows people to be trained to carry out regular surveys through the year. 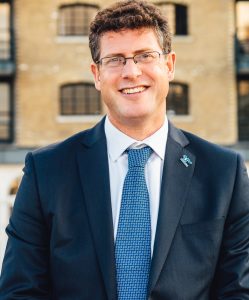