Only 14% of rivers in England are classed as ecologically healthy by the Environment Agency, and sewage pollution is one of the major causes.

Usually sewage goes through several rounds of treatment to remove solids and harmful bacteria and nutrients before being released into rivers or the sea. However, to prevent sewers getting overwhelmed by rainwater, the sewage system has ‘release valves’ which empty untreated sewage straight into streams and rivers.

This is bad news for our environment: the high nutrient content over-fertilises the water, reduces oxygen levels and damages freshwater life. The high bacteria levels pose a health threat to wild swimmers and other recreational river users.

Legally, these releases are only meant to occur during exceptionally heavy rainfall, but in practice, this happens regularly. Across England in 2019, raw sewage was released over 150,000 times. In the upper Thames alone (between the source and Reading), this happened on 1,300 occasions.

Oxford residents have enjoyed swimming in the River Thames and Cherwell for centuries. In 2020, a concerned group of local people formed a campaign group after realising how frequently sewage was being discharged. More than 5,000 residents signed a petition calling for a ‘designated bathing water area’ in Oxford, regular testing for bacteria, alerts of raw sewage spills, and improvements to the wastewater system.

Throughout 2021, the Oxford Rivers Project will deliver a ground-breaking citizen science-led water quality monitoring project in the Oxford catchment: volunteers will take water samples which will be analysed by Thames Water labs for bacteria and other pollutants.

This will give much-needed information on the impact of sewage and other pollution in these rivers.

The data will be used to inform Oxford City Council’s application for bathing water status, as well as the national research effort to increase our knowledge of sources and impacts of river sewage pollution. The project will also run several engagement events, including a 24 hour sampling ‘Waterblitz’ on 18th June 2021 in Oxford.

By 2022, the aim is for a designated bathing water area in Oxford with weekly water quality testing, and better understanding of pollution and its prevention in the upper Thames. It is hoped that the project will continue over several years, bringing together the local community, scientists, Thames Water, local authorities, sports clubs and charities in order to end sewage pollution and protect, champion and enjoy their river.

Our vision is a clean and healthy River Thames fit to swim, paddle and play in, teeming with freshwater wildlife.

The Oxford Rivers Project found that in relatively dry months (March, April, July, and August) levels of harmful bacteria were low enough for the water quality to be considered ‘good’ or even ‘excellent’. However, in months with heavier rainfall (January, February, May, and June) bacteria levels were on average twice the recommended safety threshold, meaning there was enough bacteria to cause illness in anyone coming into contact with the water. The main source of this bacteria was found to be treated and untreated sewage entering the river.

Tim Harris, Associate with The Rivers Trust, said: “The results confirm what we expected – raw sewage discharges are raising bacteria levels in rivers to unsafe levels after rainfall. However, this testing has also shown that in dry periods, even treated sewage can still release significant quantities of bacteria into rivers.”

For the full news story, click on this link. 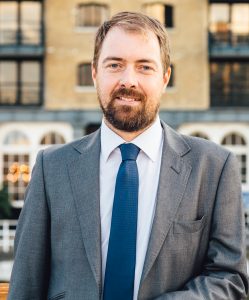