Built on reclaimed Thames marshlands, the Thamesmead area features 7km of canal and five lakes, all owned and managed by housing association Peabody. This network is part of a complex drainage system that protects local residents and businesses from flooding. The canals are man made and concrete lined, limiting opportunities for natural vegetation, and they suffer from a number of issues including poor water quality, litter and plastic pollution, plus invasive species including floating pennywort.

From 2017 to 2021 through the Thamesmead Canal Habitat Enhancement Project, Thames21 has worked with the community to improve the canals, in partnership with London Wildlife Trust and Peabody. As a result of this project, more than 410m2 of floating habitat islands (including reedbeds) have been installed at nine sites throughout the canal system, with the help of the community. 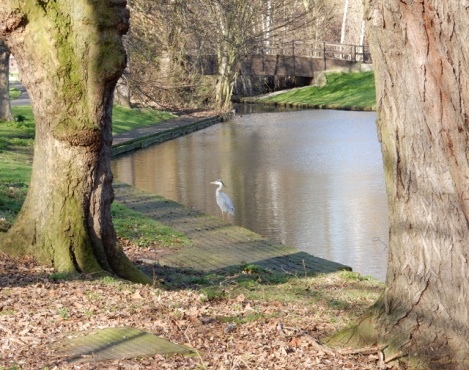 The aim of the project was to transform the waterway environment by creating ‘floating ecosystems’, including reedbeds, in the canals. These are islands where native wetland plants can grow, boosting biodiversity, increasing wildlife habitats and providing ‘stepping stones’ for wildlife throughout the man-made canal system. This approach builds on the success of our Project Reedbed work on the River Lea.

The floating islands consist of native flowering plants such as marsh marigold, purple loosestrife, flag iris, rushes and sedges.  They attract invertebrates such as damselflies and dragonflies, provide wildlife habitat for wildfowl and places for fish to hide and spawn. Reeds filter pollution by taking up nitrates and phosphates, which enter the canals from urban surface run-off.

Phase 1 of the project installed more than 280m2 of islands in 2018 with the help of local volunteers and London Wildlife Trust. A Feasibility Study was carried out in 2019 to locate the best locations for new islands. In 2020 and 2021, four more islands totalling 127m2 were installed from Crossway Pond to Linnet Close, completing the links in the canal system.

This project was delivered as a result of the Marsh Dykes and Thamesmead Catchment Partnership.  Thames21 and London Wildlife Trust worked with Peabody throughout the planning and delivery of the islands. The Peabody canals team assisted with logistics and installation of each island. Community groups including Thamesmead Town Angling Club were also consulted throughout the process, and helped to build and install the islands.

The project was funded by the GLA, the Environment Agency and Peabody.

A short video detailing the work can be viewed on YouTube.