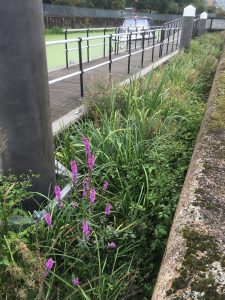 Reedbeds are an area of water or marshland that is dominated by reeds. They are a part of a healthy river system, providing excellent habitat for fish, invertebrates and birds to live in.

They are also great natural filters, removing pollutants whilst oxygenating the water.

Why are they important?

Kingfisher and heron are commonly seen in and around the Lea Navigation reedbeds as well as swans, coots, and moorhens which can be seen nesting and bringing up their young from the shelter of the reedbed. Elsewhere in the UK, more than 700 invertebrates have been recorded on reedbeds, including dragonflies and damselflies. 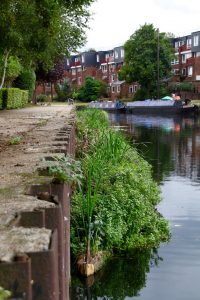 As part of our ongoing Love the Lea Programme to engage the local community to help improve the rivers of the Lea Catchment, we have introduced 600 metres of new reedbeds into the Lea Navigation, with plans to expand this work to more sites along this river.

The Lea Navigation is a canalised section of London’s second river the Lea. It flows from the countryside of Hertfordshire to Bow Locks in East London, dissecting the North and East London.

Currently there are a lack of reedbeds in the urban section of the Lea Navigation. Thames21 would like to see a reedbed at least every 300 metres over the length of the river within London. This would: 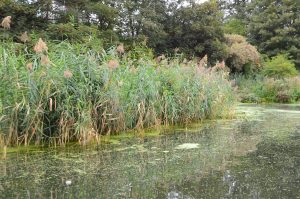 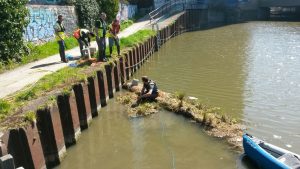 Floating reedbeds: in areas where it is difficult, or not permitted to create a reedbed planted into the river bed, floating reedbeds can be used. The roots of the plants hang into the water, meaning increased surface area for tackling pollution.