As 2,500 single-use plastic bottles are found in just one day, Hugh Fearnley-Whittingstall joins Thames21’s call for a deposit return system.

Date of release: 25 January 2016: A new report from Thames21’s Thames River Watch programme shows that plastic drink bottles are having a huge impact on the river. In one day last September, 2,500 single-use plastic bottles were collected by volunteer Londoners, and latest figures show that still mineral water bottles are by far the most common type of bottle found. 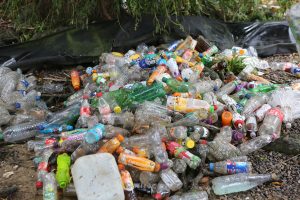 Since its launch in 2014, Thames River Watch has conducted 56 litter surveys across 15 sites on the Thames, through its network of trained citizen scientists. The latest report has thrown up new insights about the health of the river, and the growing impact of plastic on it.

AJ McConville, Thames River Watch Project Officer, said: “It’s sad that mineral water is the most common plastic bottle we’re finding, when bottled water is no better for us than water from the tap. We urge Londoners wanting to help the Thames – use reusable water bottles, and demand more water fountains around the capital.” 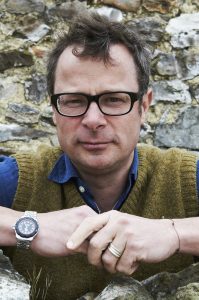 He said: “Thames River Watch’s shocking statistics underline where huge numbers of disposable plastic bottles end up – our local rivers, which then channel thousands of them daily into the sea. If we’re to solve the problem of plastic litter in the oceans, we need to deal with it at source. Bottle deposit return systems are working successfully in other countries and we should now look closely at introducing the system in the UK.”

Debbie Leach, Thames21’s Chief Executive, said: “Most of this litter could be prevented through less product packaging, and making it plastic-free where possible. A deposit return system has helped tackle the bottle problem in other countries – it’s time the UK government took similar action  to save our rivers and oceans.” 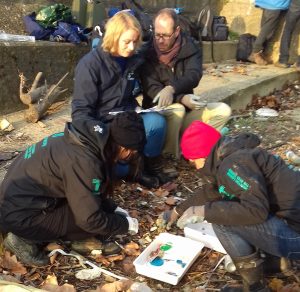 The data also highlights a hidden plastic menace in the form of wetwipes and cottonbud sticks. 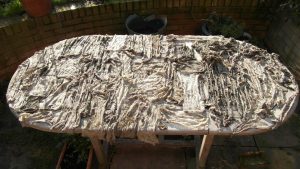 Wet wipes (pictured right), which contain plastic, are finding their way into the Thames in huge numbers,  to the extent that they are now altering the shape of the foreshore, with large mounds at some sites. They are currently under-represented in the data as the sites are difficult to access and the mounds difficult to disentangle.

Find out more about Thames River Watch and how to volunteer as a citizen scientist here.

Thames21 and Thames River Watch’s work also features in ‘A Plastic Tide’, the documentary launched at the start of Sky’s Ocean Rescue campaign.

* It was shown on Wednesday 25 January on Sky News and can be seen on their YouTube channel here.

Thames21’s position statement calling for a Deposit Return System can be found here.