Residents in four London Boroughs are being asked to help choose the sites of five new reedbeds across London’s River Lea Navigation, via an online poll.

To date, Thames21 has installed 750 metres² of reedbeds in the River Lea. These reedbeds are part of the charity’s ‘Love the Lea’ programme, which aims to improve the water quality of the rivers of the Lea Catchment. Reedbeds greatly benefit rivers. They increase biodiversity and habitats for wildlife, whilst acting as a natural filter and removing pollutants from the water.

In the next stage of the project, Thames21 is holding a public vote. This will allow local communities to vote for a new reedbed in their area, with each reedbed up to 100metres². 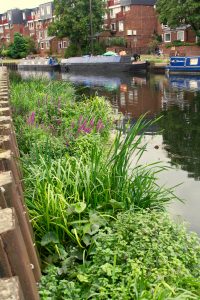 Ben Fenton, Thames21’s Love the Lea Programme Manager, said: “We want people to enjoy their local river. By offering the chance to choose the location of reedbeds, we hope to create a sense of ownership and perhaps entice them to join us to install the reedbed and look after it into the future.

“In our recent survey, more than 90 per cent of people said that reedbeds improve an area aesthetically. Luckily, they are great for rivers and the wildlife too. Recently, the public have spotted kingfishers on some of our reedbeds in Tottenham.”

The public vote will run from February 13 to March 31. Everybody who votes will also be entered into a prize draw to win prizes, including London Eye tickets, goodies from The Five Points Brewery and more.

The new reedbeds will be installed between April and September 2017. Thames21 will be running events to install them and hope that the public will volunteer to help. Free accredited training will also be offered for those who wish to be involved further. This will equip people with the skills needed to look after our rivers into the future.

Cathy Purse, Thames Water Community Investment Programme Manager, said: “This is a fantastic project, providing communities with the opportunity to enhance their local area through wildlife as well as giving them key skills in habitat management. The public vote is a brilliant way of giving ownership, so communities can tell us where they would benefit most from the reedbeds installation. We’re proud to lend our support to such a worthwhile scheme.”

The nine sites are listed below.