Thames21 is delighted that Michael Gove, the Secretary of State for the Environment, has announced today that the Government plans to implement a deposit return system on single-use bottles, glass and cans, subject to consultation, in reaction to public concern about plastics.

Debbie Leach, CEO at Thames21 said: “Our rivers and oceans are blighted by plastic pollution, so we greatly welcome the announcement that the UK will adopt a deposit return scheme for bottles and cans, which we have long called for.

“This scheme could revolutionise the way we recycle and consume, leading the UK towards a more circular economy. Our Thames River Watch data shows that food packaging accounts for two thirds of litter found in London’s iconic river.

“The deposit return scheme will help stop yet more plastic ending up in our precious natural environment. But we need to raise the alarm about the huge plastic burden already in our rivers and seas. Thames21 collected more than 4000 plastic bottles from a stretch of Thames foreshore in Rainham, Essex in just a few short hours back in November. We need urgent action to clear this microplastic timebomb – this plastic needs to be removed before it breaks down into microplastic which is virtually impossible to remove.

“We urge the London Mayor and the government to support efforts like those taken by Thames21 to help channel the clear passion amongst the public to solve this devastating issue.” 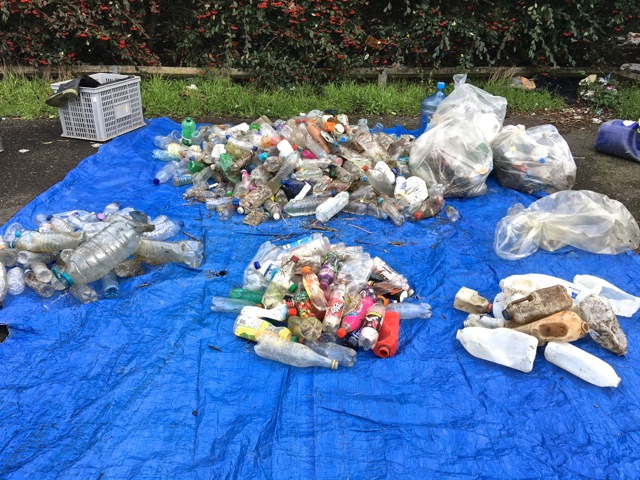 In an interview with London Live, Debbie said the announcement was positive, but needs to go further: “At last we’re going to see a deposit return scheme in this country and it’s such good news for our rivers and oceans.

“It’s a starting point, but not everything we see in  rivers is that size. We see objects that are much smaller.”

No timescale has been outlined for the DRS to be put in place and she added: “This is an urgent issue. It’s not something we can sit on for years.”

In recent months, volunteers from one of our trained groups collected a record 4,350 single-use plastic bottles in one day from the Concrete Barges and surrounding pathways in Rainham, surpassing even the 4,100 collected in one day across 19 sites last September during the Big Bottle Count, run by Thames21 as part of the #OneLess campaign which urges people to drink tap water and use refillable bottles.