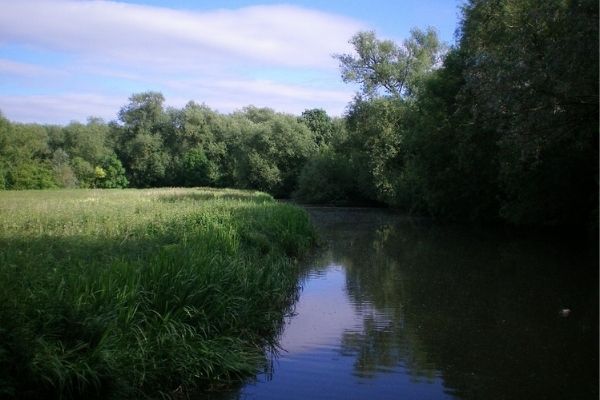 River sites across the city of Oxford, which are frequently used for rowing, punting, wild swimming and other watersports, have concentrations of harmful bacteria 1.5 to 3 times above recommended safe levels, a study by the Oxford Rivers Project has found.

Eight of the sites included in the study are popular recreational spots, including punting locations like Magdelen Bridge, college boathouses at Longbridges, and wild swimming stretch Port Meadow. Only 7 of these 8 recreational sites had bacteria levels considered safe for bathing. By examining the ratios of the bacteria, the study concluded that at most of these locations the pollution was from sewage, although some locations were also affected by livestock.

Claire Robertson, Thames21’s Oxford Rivers Project Officer, said: “These results confirm what we expected to find: that levels of bacteria at our river recreation sites are higher than they should be. However, we don’t want people to be discouraged from swimming, punting, rowing and kayaking on Oxford’s rivers. They have a myriad of benefits, for personal health and wellbeing, and for the city as a whole.

“We are glad that Thames Water funded and supported this research. Now, it’s time for them and the various authorities to put together an action plan and find the funding to cut down sewage and agricultural pollution to safe levels. We do not think this should only happen five years after a site is designated a bathing water area – it should be happening already.”

Michelle Walker, Technical Director at The Rivers Trust, added: “This report makes the harm caused to rivers by sewage and other types of pollution abundantly clear. It’s also clear that the public want to see these issues resolved, and soon. We’re looking forward to working with all parties involved to clean up Oxford’s rivers, and rivers across the country.”

Richard Aylard, Sustainability Director at Thames Water, said: “Taking action to improve the health of rivers is a key focus for us. We are delighted that Wolvercote Mill Stream is now designated for swimming. We will continue to work with our partners in the Oxford Rivers Project to understand what more needs to be done to ensure consistently good water quality in the Thames.

“Our own commitments to improve river health include reducing the annual duration of sewage discharges into rivers by 50% across the Thames Valley by 2030. We have planned substantial investment in our treatment sites to reduce spills, including a major expansion at Witney sewage treatment works in Oxfordshire. It’s also important that we let people know as soon as a spill occurs.  After a successful trial in the Oxford area, we’re on track to provide live alerts from all 468 permitted locations across our region, within an hour of discharges starting and stopping, by the end of 2022. We’re clear it’s completely unacceptable for any untreated sewage to enter rivers, whether it’s permitted or not. Stopping discharges altogether will take time and sustained investment, however each step we take on this journey is a move in the right direction.”

The study took river water samples at least once a month from 18 sites across Oxfordshire and analysed them for levels of bacteria which can be harmful to human health. Samples were collected by volunteer citizen scientists and bacteria levels measured at a Thames Water laboratory. The project was jointly funded by Oxford City Council, the Rivers Trust and Thames Water, and supported by Thames21.

Ten sites on smaller upstream tributaries were also sampled. None met the level considered sufficient for bathing, although levels varied widely, from being close to the safe level (Upper Thames & Windrush catchments), to being seven times the safe level (Limb Brook and Evenlode catchments).

The report contains recommendations for further research and is actively seeking funding to continue the water quality sampling with citizen scientists into 2023.

Thames21 connects people with rivers by putting healthy rivers back at the heart of everyday life. We improve and restore rivers, educate and empower the community and campaign for positive change for the good of people and the environment.

About The Rivers Trust

The Rivers Trust are conservation experts with a wealth of data and expertise at our fingertips. Through our network of over 63 local Trusts in England, Wales, Scotland, Northern Ireland and the Republic of Ireland, and with over 350 dedicated specialists including over 60 farm advisers giving confidential expert advice, we work in partnership at a catchment scale to make our shared vision of wild, healthy, natural rivers, valued by all a reality.

Thames Water is the UK’s biggest water and wastewater services provider. Our key workers provide essential services around the clock to 15 million customers across London, the Thames Valley and surrounding areas.

We invested more than £1 billion again in 2020/21, leading to a total of £20 billion in the past 20 years, and we will continue to spend wisely on improving resilience, service and efficiency, as well as provide more support for customers in vulnerable circumstances.

We also have additional responsibilities to society and the natural environment. What we do and how we do it delivers significant public value, which is why we have ambitious plans to self-generate more of our own power, reduce our carbon emissions and increase biodiversity across our sites.