A decade of community involvement 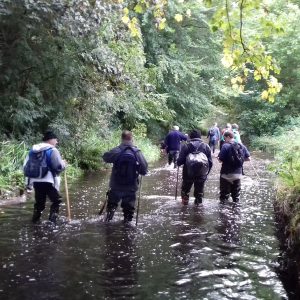 The 3 Rivers Clean Up is an annual community-led event that takes place across the rivers Ravensbourne, Pool, and Quaggy. It runs for three weeks during the summer, tackling both rubbish and invasive species of flora.

The campaign started from a conversation in 2008 between Matthew Blumler, the then chair of the Quaggy Waterways Action Group (QWAG), and Vic Richardson of Thames21, when the pair felt it was time to tackle the huge swathes of Himalayan balsam and giant hogweed across the catchment. 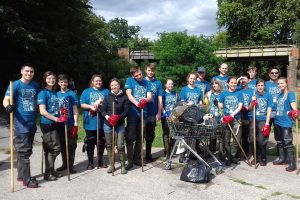 Since annual event began, the London Borough of Lewisham has been fully supportive. With Thames21 and QWAG, the council has delivered a significant number of events and completed much practical work along the rivers and bordering greenspaces.

Alongside the river work, the event has also hosted theatre groups, storytellers, poets and held gigs with the Felix School of Rock and established local artists. There have been bat walks, bird walks, tree walks, history walks and – of course – river walks with local ecologists, geologists and ornithologists. 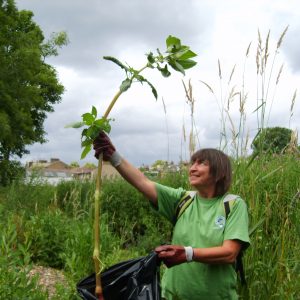 The Lewisham Biodiversity Partnership collects all the nature-related data and sightings during the festival, while the Ravensbourne Catchment Improvement Group (RCIG) also receives feedback about the event. The group is made up of the catchment’s London Boroughs of Lewisham, Greenwich, Bromley and Croydon along with the Environment Agency, Thames Water, QWAG and the London Wildlife Trust.

In recent years there have been citizen science projects alongside the three rivers. These have included the Ravensbourne Riverfly project and also the Thames WaterBlitz, which is part of Freshwater Watch.

The event has also supported Thames21 and the mayor’s office in recording the amount of plastic removed and recycled. This initiative will be stepped up in 2018 in an attempt to reach a wider audience along the catchment and to try to prevent plastics of any form from reaching the Thames at Deptford.

We very much look forward to the summer’s 10th anniversary and to seeing all of our friends, and meeting new friends, down by the river.

The full calendar of this year’s events will be listed on the dedicated 3 Rivers Clean Up website.

Catchment Partnership Coordinator for the Ravensbourne

Balsam Bashing on the River Pinn