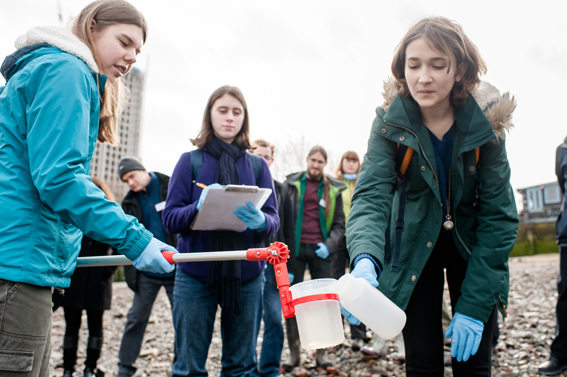 After a soaking wet few days on the last weekend of July came another reminder of the need of upgrade London’s sewage system. With over 30mm of rain falling, water poured into our sewage pipes causing them to overflow and approximately 3 million tonnes of storm sewage ended up in the Thames. The Environment Agency detected a serious drop in dissolved oxygen between Hammersmith and Charing Cross which is likely to have put in danger fish and invertebrates in the river. Observations from Thames River Watch volunteers at the weekend reported visual evidence and strong smells of sewage. No surveys were undertaken in the affected area which would have provided useful information about the water quality close to the shore, highlighting to us the need to extend the survey coverage, particularly after periods of heavy rainfall. If you did see any dead or distressed fish (such as those coming close to the surface for oxygen) or any visual evidence of the sewage outflow please do let us know.

Thames River Watch is a citizen science project which works with volunteers across London to better understand the health of the tidal Thames. We engage individual volunteers, community groups, companies and schools to monitor the health of the river. The project has been working with schools located close to the tidal river to become Thames Observatories. This involves schools using the river to teach parts of the curriculum while at the same time providing valuable information about the state of the river and being part of the solution to clean it up. If you have any links to schools close to the river – from Teddington Lock out to Southend-on-Sea – that might be interested, get in touch!

To find out more about Thames River Watch please visit our webpage and see our FAQs. Our next free training session which trains you up as a citizen science volunteer is on 6th August – register online if you would like to join us.