Outfall Safaris, carried out by volunteers,  are a scheme to identify pollution in rivers caused when property drains are misconnected or cross connected. Here, Lawrence Beale Collins, Catchment Partnership co-ordinator for the Ravensbourne, reports on the historic work of volunteers who have carried out the first ever Outfall Safaris in the area. 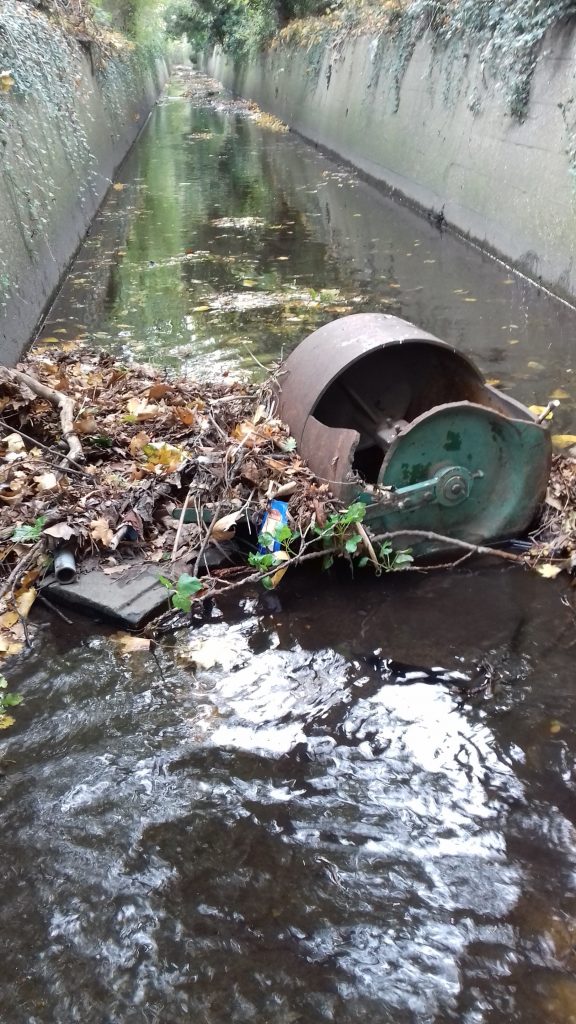 The Ravensbourne river catchment is situated in South East London and often cited as the most engineered of all London river systems, with approximately 50 per cent of the rivers Pool, Ravensbourne, Quaggy and Kyd Brook placed in either concrete culverts, tunnels or toe-boarded, the river system runs south to north and contains 66km of waterway.

The Outfall Safari is designed to identify all polluting outfalls so that future citizen-science monitoring of water quality, such as the Riverfly Monitoring Initiative, can be better pinpointed.

Much pre-planning was undertaken with logistical and mapping support from the Environment Agency, Thames Water and the Zoological Society of London (ZSL), with the safari itself run by Thames21. The volunteers generously gave up their time for the training in late September and then for the safari itself.

Of the 14 or so expeditions, the final stretch of river covered, over the three-week period, was one of the more entertaining.

On paper, it was a wade along the Ravensbourne from Beckenham Place Park to Glassmill Pond in Bromley. In reality we were travelling into the unknown.

Joined for this final wade by Clare Cheeseright and John Caitlin, who both took park in the Outfall Safari training overseen by Joe Pecorelli (ZSL), we knew that there was a gap on the map where no river was visible and we were going to investigate. Having gone through a relatively easy wade of a half-mile we exited the river at a particularly deep section even for our thigh waders, onto Shortlands Golf Course, interrupting a four-ball of elderly women about to tee-off.

I apologised profusely and said that we would be quick in passing. There were lots of grumpy faces. I explained that we were looking after the river for the local community and there still lots of grumpy faces and mutterings. We passed them onward to an easier entrance back into the river. I looked back to see the grumpiest of the grumpy women top and hook her drive back into the river.

There were lots of dark mutterings and pointing in our direction. But we soon entered a large covered culvert, the “gap on the map” which extended for an arduous 500 metres and, athough we had head torches, we were thrilled when Clare rounded a corner and spotted daylight at the other end.

An Outfall Safari comes with an App where such outfalls are recorded, GPS marked and photographed. In daylight, such mapping takes three minutes with a signal. In a tunnel, there is no signal so I had taken the necessary photos quickly to upload later. 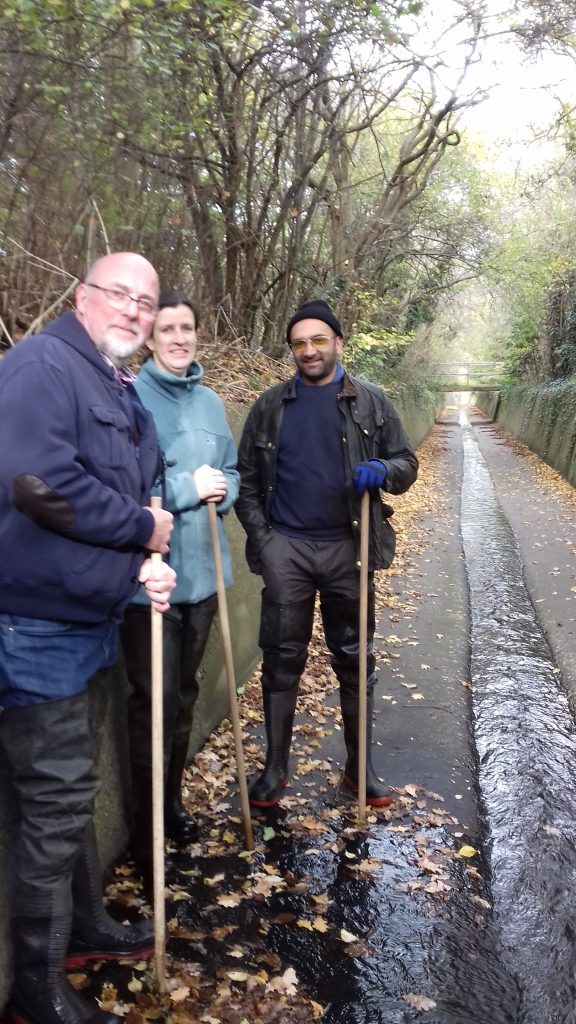 We emerged within Queensmead Gardens in Bromley and, after much shenanigans involving a vertical ladder, a large set of keys I had and an additional Thames Water padlock that should not have been there, we managed to scale the wall, unlock a gate and, thanks to Terry Hollidge of Bromley Parks Dept, prise open a rusty bolt to freedom. We walked down to cover the outfalls at Glassmill Pond, for the record, and the Outfall Safari was over.

Some 18 volunteers had contributed to the catchment survey over three weeks, either in the water or surveying from the bank, and in total approximately 28km of river had been covered. Only one day had been lost to bad weather which, for October, sounds like a miracle.

Surveys, such as this one along the Ravensbourne, are essential if both water quality and biodiversity are to improve, as Joe Pecorelli, the Zoological Society of London’s Europe Conservation Project Manager, explained in his blog for Thames21 earlier this year.

The mapping App used for the survey, Epicollect5, allows the user to select from a variety of visual and olfactory options to record an outfall’s impact on the river. Of the hundreds of outfalls recorded during the Ravensbourne survey there were possibly a dozen that were fouling the river, either from industrial or domestic sources. These will be inspected again by the supporting agencies and hopefully resolved. Many of the outfalls exhibited heavy traces of concrete degradation and rust from metal piles within the concrete that made up the culvert or rust from crumbling pipework.

There were a handful of obvious pollution issues, most notably upstream of Cornmill Gardens in Lewisham centre where a torrent of material was coming off a building site, also along the Quaggy and just downstream of Marvels Lane where a serious domestic misconnection discoloured the water and riverbed.

We noticed evidence of this 800 metres before we got there. Lastly at Lennard Road in Beckenham where silty material was pouring out of a pipe under the road bridge with no obvious source in sight.

A large percentage of the rivers within the catchment are under public ownership but there were a couple of occasions where either access was denied or the river was within a gated site. These will be revisited at a later date and the data will be uploaded. While we have called a halt to the Safari so that a report can be written on the findings so far, we will be calling on our fantastic volunteers some time in the future to join in and help us finish off mapping the catchment.