Thames21’s latest Badged Group has cleared unprecedented amounts of plastic from the north side of the Thames Estuary.

Last weekend the newly-accredited group, based in Rainham, Essex, retrieved 1,432 plastic bottles in just two hours from the Concrete Barges site, as well as another 135 bags of other plastic rubbish. The total number of plastic bottles collected from this site since September is a staggering 7,300.

“Thanks to this volunteer help, these items will not end up in the ocean as micro-particles, in our drinking water, or in the food chain,” said group co-founder Ilona Kastner.

Storm Eleanor washed up a large amount of plastic rubbish onto the southern shores of the Thames in early January, with shocking Getty photos of plastic flotsam there capturing the media’s attention.

Steve Catchpole co-founded the Badged Group with Ilona after attending Thames21’s free flagship training, Leading a Water Clean-up. Both Steve and Thames21 volunteer Clive Webster report that the north (Essex) bank is just as bad as the south, estimating that approximately 50,000 plastic bottles may be washed up along the foreshore between Rainham and Purfleet, several feet beyond the normal tide line. They also estimate that a further 25,000 bottles may have been deposited in other parts of the North Thames estuary, based on two litter picks which took place along Grays Beach recently, during which more than 1,500 bottles were removed.

“When you walk onto the soft green marshy areas by the river, you realise there’s a hidden bed of plastic beneath you,” said Steve. “You can’t see the plastic, but you can hear it all, crunching beneath your feet.”

Thirty-five people came out to help last weekend, and many other volunteers have come out to help in Grays, shocked into action by watching the impact of plastic in Blue Planet, they say.

“It will take a Herculean effort to shift them all,” said Clive, who also volunteers as a Thames River Ranger. “Obviously we only collect from the surface, we don’t know much of the plastic is hidden below the surface in the river. It makes me wonder, how many plastic bottles are in the Thames Estuary as a whole? Before Storm Eleanor I’d have said between 50,000 to 100,000, but now I think there are considerably more.” 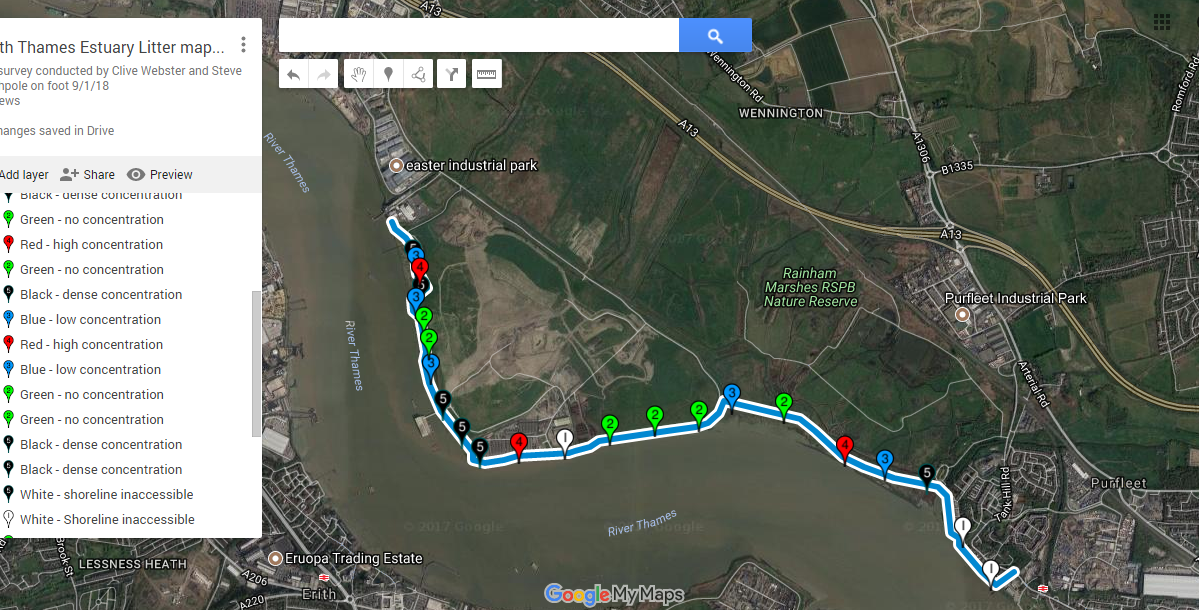 Volunteers were joined by a Daily Mail reporter and photographer, in connection with the paper’s anti-plastic campaign.

Thames21 provides free support to 22 Badged Groups across London. Groups are formed of people who have participated in our free Leading a Waterway Clean-up training – although there is no obligation to form a group as part of the training. In addition to learning how to run free, safe events, completing the NCFE-accredited training means those who want to form a group are covered by Thames21’s insurance. The next training dates are in February, April, and June and you can book now.

The next event at the Concrete Barges is scheduled for March 3, as part of the Great British Spring Clean weekend run by Keep Britain Tidy. Further details will be posted on Thames21’s Event Calendar. 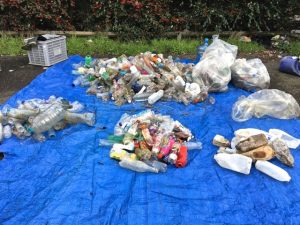