More than 5,000 wet wipes have been found in one single area of the Thames foreshore near the iconic Hammersmith Bridge.

This is the highest number of wet wipes ever found in a single place in the UK: 5,453 on a 116 square metre stretch of foreshore.

Over fifty Londoners took part in the April mass citizen science event on the Barnes riverside. Wet wipes are collecting there in such numbers they have changed the shape of the riverbed, creating low mounds visible at low tide.

The Big Count event, run annually by leading waterways charity Thames21, aims to measure the impact of plastic on the river Thames.

Wet wipes, which contain plastic, enter the river through the sewage system, after people have mistakenly flushed them down their toilets. The overloaded sewage system overflows on average once a week, discharging sewage and ‘unflushables’ such as wet wipes into the river. Whereas sewage ultimately breaks down, the plastic in wet wipes means that they do not biodegrade.

“The sheer quantity of these wet wipes shows the urgency of this problem”, said Debbie Leach, Chief Executive of Thames21. “As a country, action is being taken about other products which contain plastic such as bottles and cotton buds. We now need to widen our attention to include wet wipes and sanitary products which contain plastic and are being flushed into our rivers.”

It is likely that other sites along the river have similar accumulations of wet wipes, at various points on the insides of bends where the water moves more slowly. 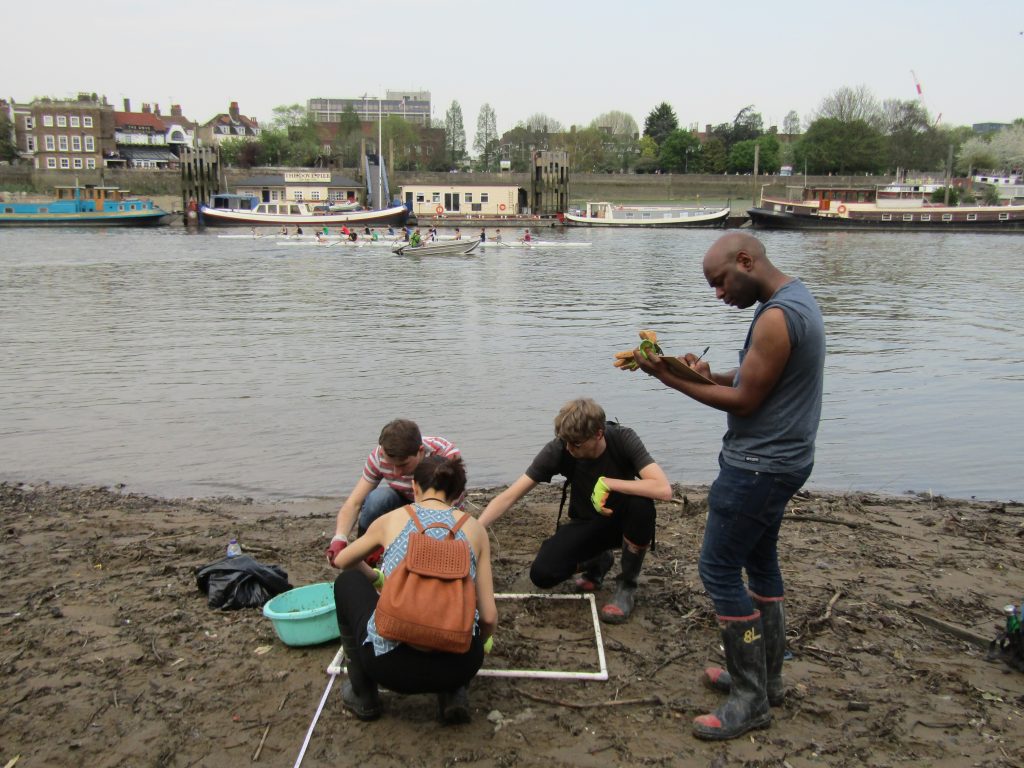 Last year at the same site Thames21 counted 4,500 on a 154 square metre patch of foreshore and removed them from the site.

Unlike bottles, which float, wet wipes are heavy, so they tend to sink to the bottom of rivers, which means the problem is less obvious.  But at low tide in certain parts of the Thames, low mounds can be seen. These look natural but are made up of wet wipes, combined with sediment and twigs.

As the wet wipes break into smaller pieces, they contribute to the global microplastics problem, breaking down into tiny particles which enter the food chain and endanger marine life. A recent study found more than seven in 10 Thames flounder had plastics in their stomachs.

“This data shows that much more public information is needed, so that people understand the importance of ‘Bin it, Don’t flush it’ and also the importance of improving the labelling on wet wipe packets,” added Debbie.

Thames21 runs the only long-term programme monitoring the impact of plastic on the Thames, Thames River Watch, which offers free training to help Londoners protect the river.

Many passersby expressed concern about the problem, which was shared by many others on social media: 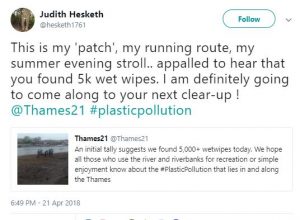 It is likely that the wet wipe problem is affecting other rivers around the country. There are between 25,000 and 31,000 combined sewer overflows around the UK coast that discharge raw, untreated or lightly treated human sewage, particularly after periods of heavy rain or during breakdowns in the sewerage system.

Wet wipes have increased by 700 per cent over the past decade. 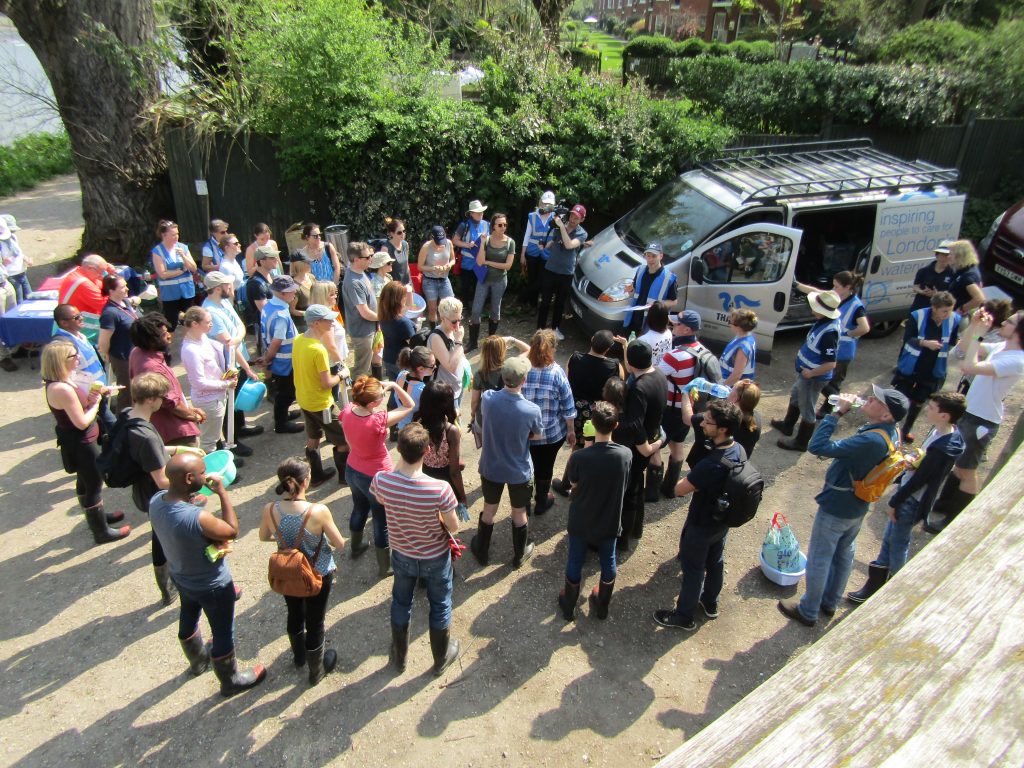