More than 60% of litter would disappear from the Thames Basin if we moved away from single-use. That’s the claim from Thames21 and the Marine Conservation Society following a series of river cleans along Thames tributaries, the Thames foreshore and the Thames Estuary. 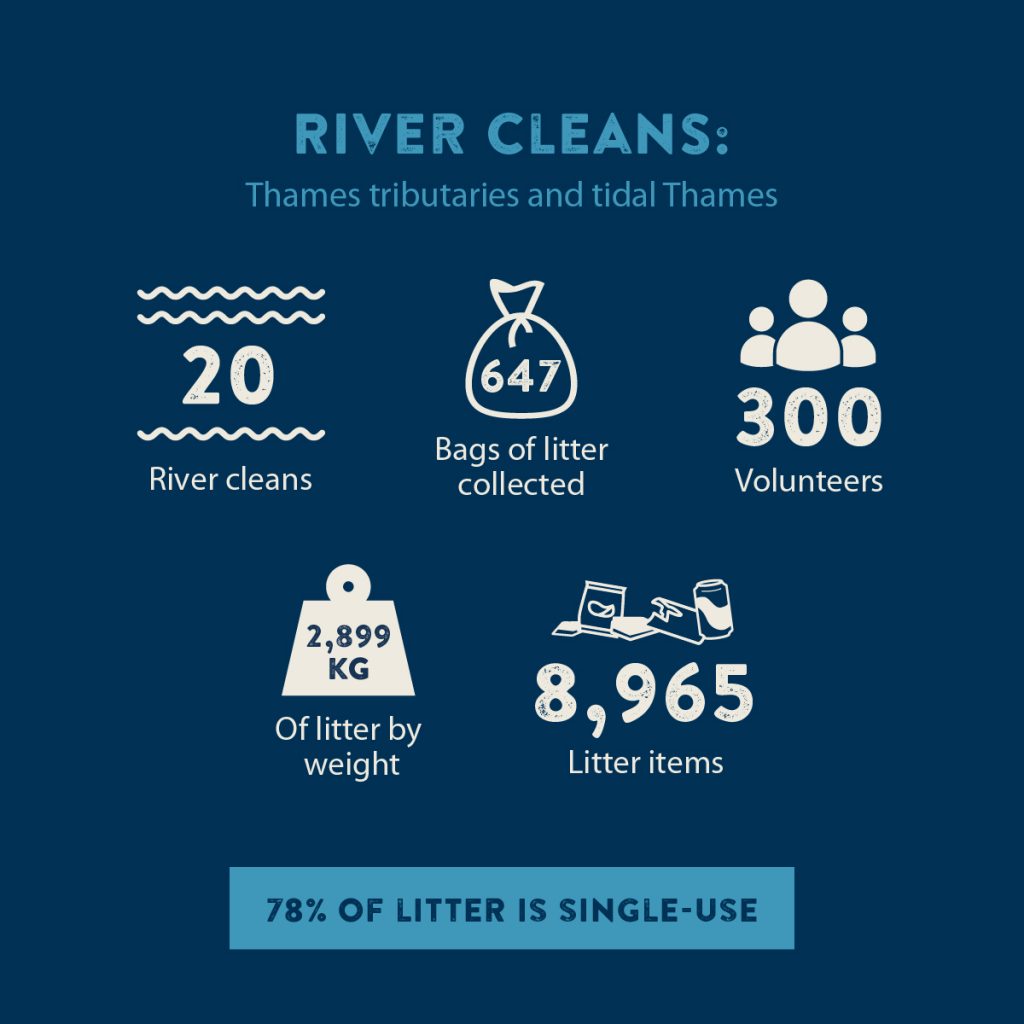 Data collected from the river cleans along the Thames and its tributaries has revealed that more than 80% of litter in the Thames, and 78% on its tributaries, is made up of single-use items such as metal drink cans, food packaging and plastic drinks bottles.

A report from  Thames21 in collaboration with the Marine Conservation Society (MCS), also gives a snapshot of the source to sea pathway for litter and the way it breaks down over time.

Cleans carried out on the Thames estuary recorded a far higher proportion of unrecognisable, tiny plastic items than at cleans over its course. 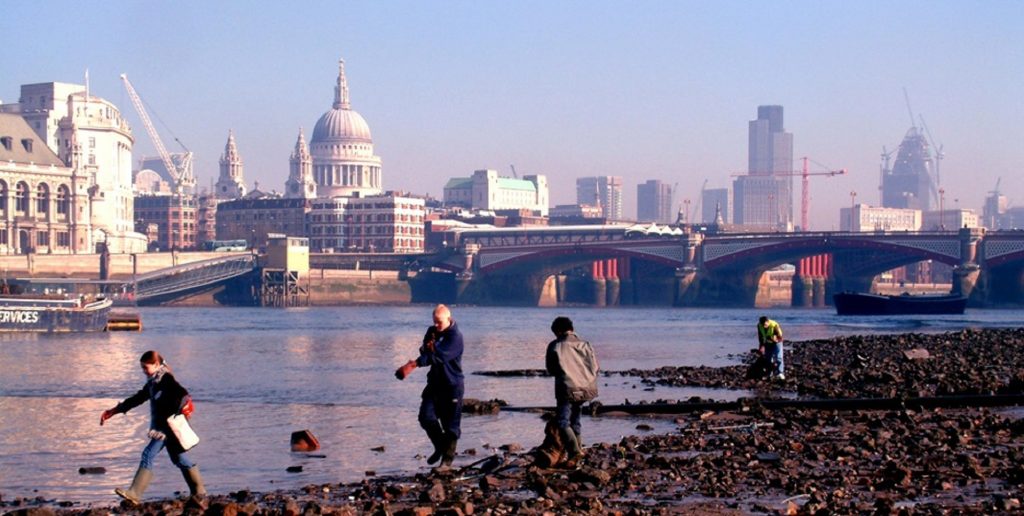 “These findings clearly show that we urgently need a Deposit Return Scheme, as well as alternatives to single-use”

Thames21 ran 20 river clean events towards the end of 2017 and into 2018 at Thames tributaries and tidal Thames sites. The evidence was compared to MCS beach litter data from four beach cleans at Southend-on-Sea as part of the Waitrose & Partners/MCS beach and river clean ‘Source to Sea’ programme. 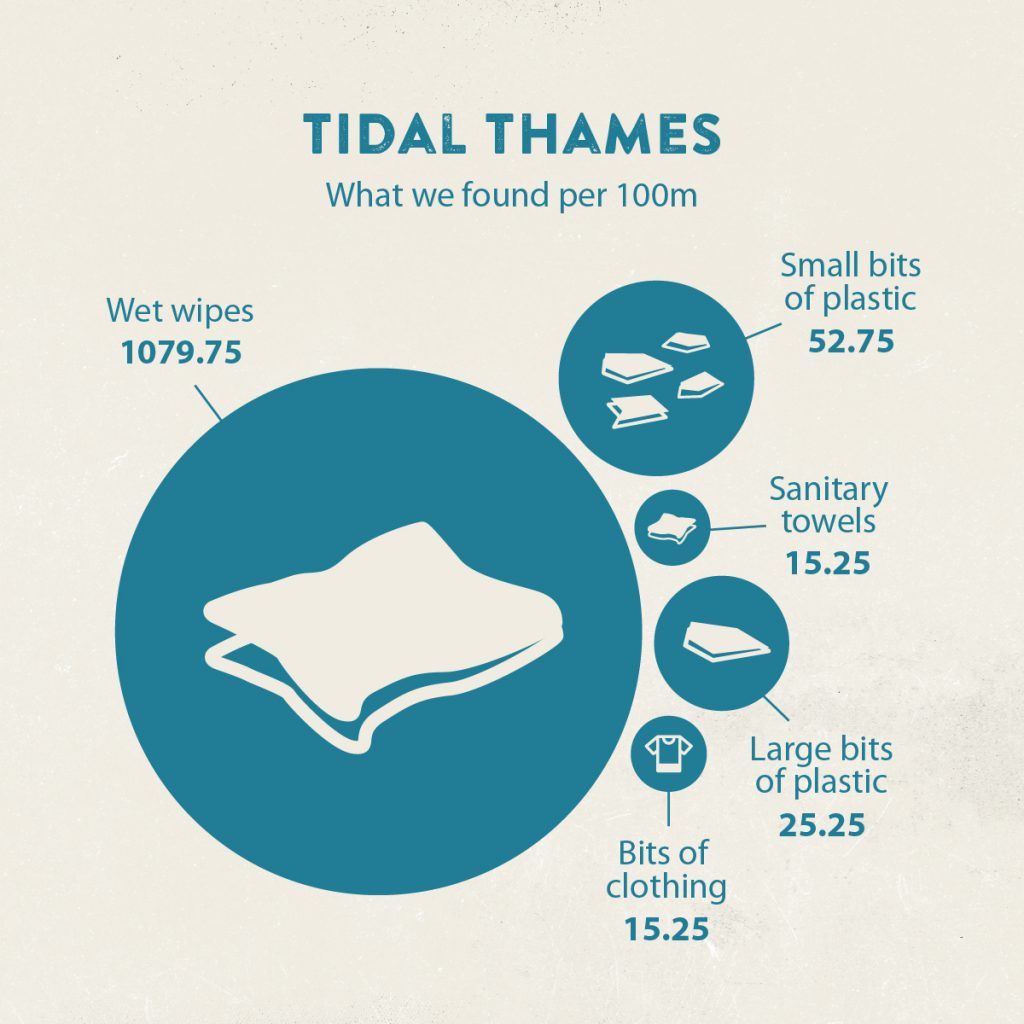 Rivers are being harmed by a variety of different pollutants, including large amounts of plastic.  It is estimated that eighty per cent of ocean litter comes from land, channelled there by our rivers.

The concentration of litter items found per 100m rose as the Thames made its way towards the sea, due to the increased opportunity for humans to influence the ecosystem.

16 events took place at Thames tributaries including the river Lea in Hackney, the Bear Brook in Aylesbury, and the river Brent in Neasden. On the tributaries, volunteers found that 78% of the items they picked up were single-use with an average of 219 pieces of rubbish collected for every 100m surveyed. The four events on the Thames Foreshore found that 86% of the litter items recorded were single-use with a higher concentration of items found – an average of 1,402 per every 100m surveyed.

At Southend-on-Sea, where the Thames meets the sea, just under half of all items found (48%) were recognisably single use, but the concentration of small pieces of litter increased further, with a huge 2,520 items per every 100m surveyed. 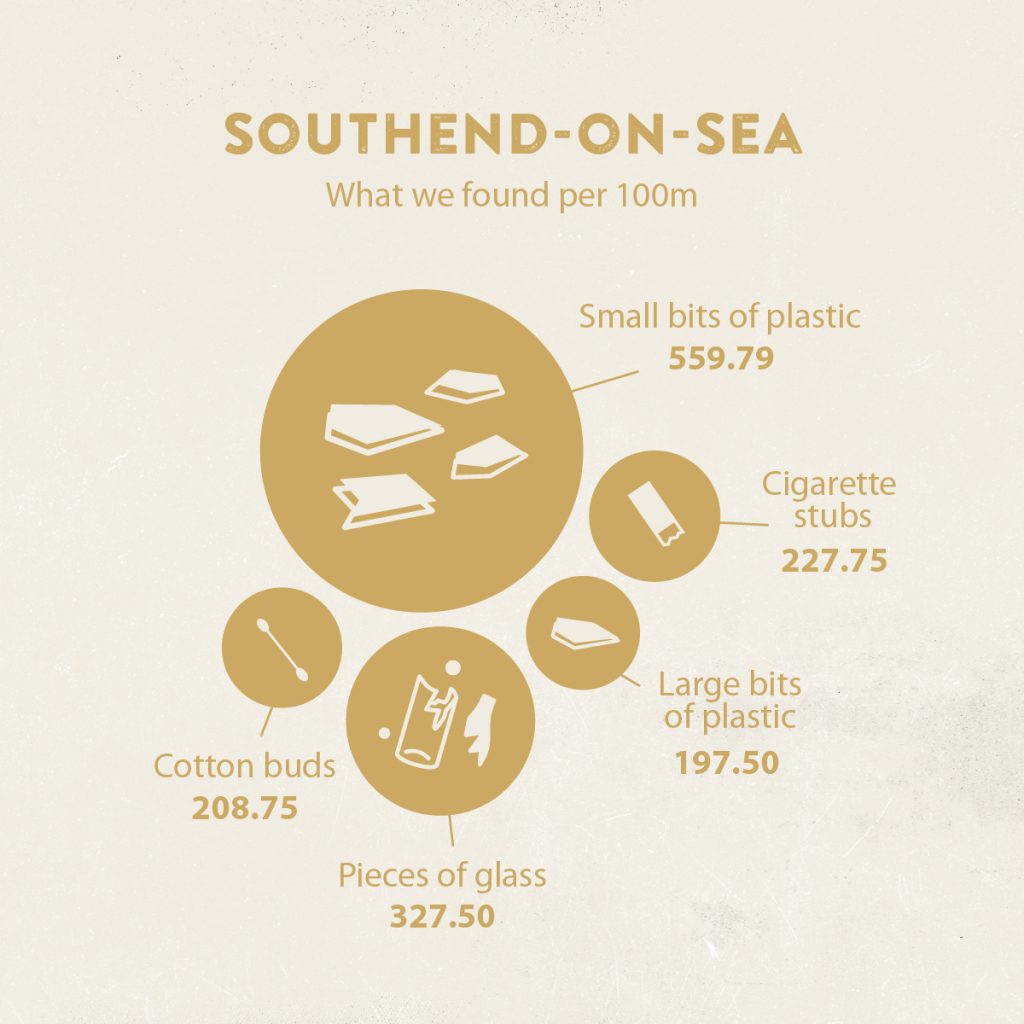 Of those 2,520 items, 560 (28%) were unrecognisable, small plastic items. Lauren Eyles, MCS Beachwatch Manager, says that the proportion of single use plastic was harder to measure at estuary and coastal sites as the plastic has already broken down: “We find much more unidentified, tiny plastic at these sites because the plastic has been floating around for some time. However, they may well have once been single-use. Beach cleaners are far more likely to find microplastics these days than larger identifiable items.”

Both MCS and Thames21 are calling for a Deposit Return Scheme which has been shown to cut plastic pollution dramatically in countries such as Germany and Norway.

‘These findings clearly show that we urgently need a Deposit Return Scheme, as well as alternatives to single-use,’ said Debbie Leach, CEO of Thames21. ‘Eighty per cent of the waste we found on the Thames foreshore, and nearly the same amount on the tributaries would disappear if we moved away from single-use items; and one way to do this is through a DRS.’

The urgent problem of wet wipes, which often contain plastic, was also revealed in the report – making up 77 per cent of all items removed on the tidal Thames foreshore, and an average of 1,000 at the 4 cleans that took place.

Lauren Eyles, MCS Beachwatch Manager says the data from these cleans will give the charity a more complete picture of the source to sea journey of litter: “Rivers are being harmed by a variety of different pollutants, including large amounts of plastic. The litter found in the UK’s rivers eventually ends up in our coastal waters.”

Tor Harris, Head of CSR, Health & Agriculture for Waitrose & Partners, said: “The marine and river environment is important to all of us which is why we we’re delighted to have partnered with MCS for their ‘Source to Sea’ programme. The evidence will help us, and others, focus on reducing pollution from materials such as plastics. Our customers are very engaged in the issue of plastic pollution, so initiatives like this help both customers and Partners get actively involved in addressing the problem, and finding alternatives to single-use plastic.”

The Government has opened a consultation on introducing a Deposit Return Scheme. Environmental organisations have stressed the importance of not watering down the commitment and for any scheme to cover all sizes of bottles and cans.