The Pymmes BrookERS are a group of Enfield residents working together with an aim to restore the Pymmes Brook and Salmons Brook, both tributaries of the River Lea. These rivers are all suffering from pollution, mainly from misconnected plumbing, sewage overflows and pollutants from roads.

With the help of Thames21, they are using environmental modelling software to map areas where wetlands and other greening initiatives can help trap pollution before it enters these rivers, and also reduce flooding. The group has identified 18 new spaces, which if installed, would radically transform the health of the Pymmes and Salmon’s Brooks.

The group is always happy to welcome new members so that both rivers become, in their words ‘cleaner, wilder and more fun!’

How do wetlands and reedbeds help with pollution?

The group wants to hear from you about what you would like to see more of in the Salmon’s and Pymmes Brooks. So far, ideas include: 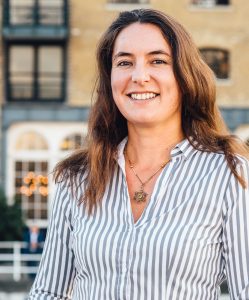