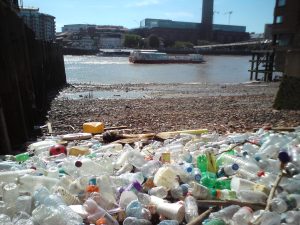 A recent academic study has found that two species of fish in the River Thames have significant levels of microplastic in their systems.

The study found that up to 75 per cent of sampled European flounder  had plastic fibres in their gut.

It also found this to be the case in 20 per cent of European smelt.

The difference was thought to be because European flounder are benthic feeders – eating what is at the bottom of the river – while European smelt are open water predators.

The study was carried out by academics at the School of Biological Sciences, at the Royal Holloway University of London, and the Department of Life Sciences at the Natural History Museum.

Samples were collected from two sites in Kent, England; Erith and Isle of Grain/Sheppey, near Sheerness, with the latter being more estuarine.

The fibres were predominantly red or black polyamides and other fibres included acrylic, nylon, polyethylene and polyethylene terephthalate.

The full academic research paper and its conclusions can be read here. 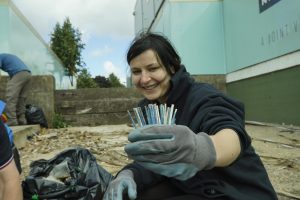 Our own research at Thames21, as part of our Thames River Watch programme, shows that 74 per cent of the litter found in the Thames is food-related packaging.

Items, such as wrappers, swiftly break down into the type of microplastic that has been found in the recent academic research.

You can volunteer to help us monitor the health of the River Thames. Visit our Thames River Watch page to find out more.

It is likely that rivers and waterways are the major source of marine plastic, but we don’t know the source for certain. This was one of the themes we brought up with MPs recently at Conservative and Labour Party conferences, where we were part of a River Room with Thames Water, Tideway and the Port of London Authority.

Among the subjects we raised with MPs and politicians was the general issue of plastic litter. We asked for their help to find funding for research to provide evidence of the sources of litter, as well as to encourage behaviour change among consumers to avoid buying goods packaged in plastic. We also sought the help of those politicians to engage with manufacturers to phase out unnecessary plastic.