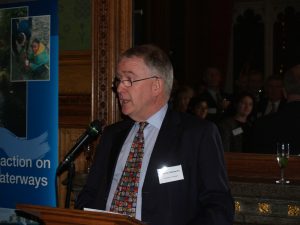 Francis Carnwath CBE applied skills, insight and personality to make things happen that improved the world for others.  He addressed social issues, protected heritage, increased accessibility to the arts – and through his Chairmanship of Thames21, brought together key partners and the community to protect the River Thames and its tributaries.

His well-known ability to bring people together to tackle important issues inspired Celia Hensman, Thames21’s founder, to persuade Francis to take on the task of leading the joined forces of the Port of London Authority, British Waterways, the Environment Agency, Thames Water and Keep Britain Tidy within the Board of a new independent charity: Thames21. This had the huge mission of working with communities to tackle the environmental challenges faced by London’s much-loved river and waterway network. 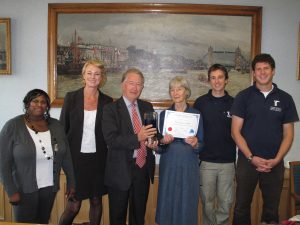 Even before he came on board Francis had begun by laying the groundwork, requiring the Thames21 partners to commit financially to the new charity as precondition of him taking up Chairmanship. Then as Chairman, Francis set as his first priority securing the Chief Executive position, providing the charity with the mechanism required to deliver its potential; and the partnership with the City of London Corporation and the City Bridge Trust was built.

Under Francis’ chairmanship Thames21 developed into an established charity, making an active and much-needed contribution to London life. His cheerful support was highly valued not just by the Board but by Thames21’s growing team of staff and volunteers.  Memories include Francis at river clean-up activities in the pouring rain, cheering on the volunteers and staying to the bitter end, despite the rivers of water streaming from his wide-brimmed hat.

Francis’ charitable achievements and roles included: Trustee and Deputy Chairman of Shelter; Treasurer of Voluntary Service Overseas (VSO); Acting Director of the Heritage Lottery Fund; English Heritage’s London Advisory Committee; and Trustee of the Yorkshire Sculpture Park. Where our natural heritage and environment is concerned however, his charitable focus was on the River Thames and its tributaries. 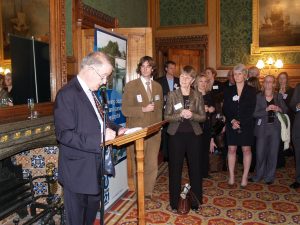 Francis championed Thames21 at formal gatherings, in boardrooms and on the Thames foreshore.  He spent many weeks walking along both banks of the River Thames to identify all the riverside businesses and activities to engage in Thames21’s work.  Perhaps it was his previous Riverside roles – whether at the Tate Gallery or at the Greenwich Maritime Museum – that had drawn him towards protecting the river, and persuaded him to take up Celia’s challenge; laying the foundations of the multi-faceted environmental NGO for rivers that Thames21 is today.