The Cleaner Thames campaign is all about stopping the tide of rubbish that is ending up in the Thames.
Up to 300 tonnes of rubbish is recovered from the Thames every year by the PLA, with the amount of plastics, especially plastic bottles growing every year.

With researchers at Royal Holloway, University of London, finding that up to 75% of some types of fish have plastic fibres in their gut, the campaign partners are calling on Londoners to ‘do the right’ thing and make sure their rubbish goes in the bin, not in the River Thames.

International explorer Paul Rose is leading the drive to cut the amount of rubbish ending up in the Thames. One of the world’s most experienced divers, field science and polar experts, Paul Rose is also an experienced television presenter and radio broadcaster. Former Vice President of the Royal Geographical Society and Chair of the Expeditions and Fieldwork Division, Paul is currently Expedition Leader for the National Geographic Pristine Seas Expeditions.  Paul grew up near the Thames in Rainham, Essex.

Paul says: “The message to people is simple: do the right thing. Bag up your rubbish and make sure it’s disposed of properly. If you don’t, the wind will snatch it and blow it along until it finds the water, stops dead and stays there. It only comes back out again when people like the PLA, Thames21 and their volunteers come along to take it, bag it, and recycle it. If it’s not recovered it ends up in the stomachs of seals, fish and other marine life in the river.”

The campaign launched at the end of the 2015 Totally Thames Festival and will last eleven months, until the 2016 festival. In the meantime, we want to see what difference we can make to the Thames. The Cleaner Thames campaign is a joint campaign between Thames21, the PLA an Tideway. 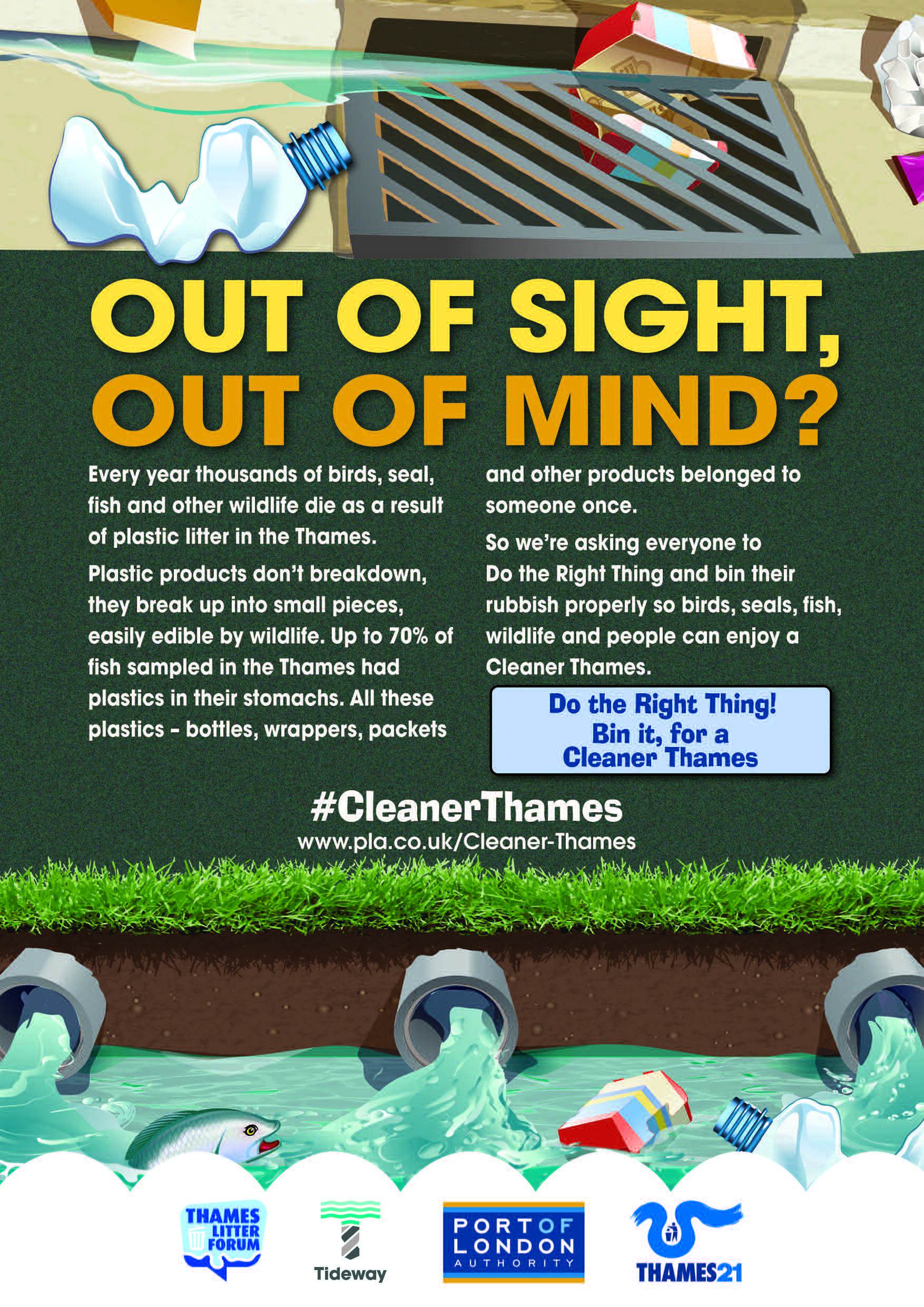 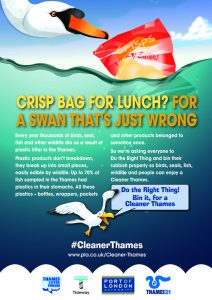 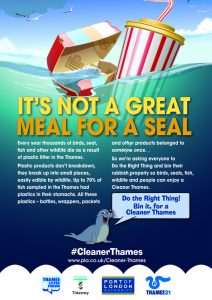 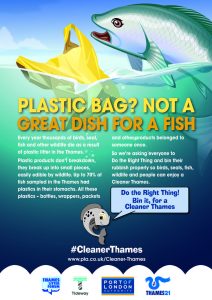