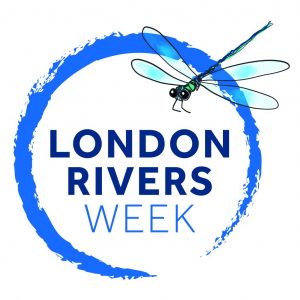 A map of 145 ‘ready-to-go’ river restorations will be revealed as part of this year’s London Rivers Week (October 23-31) – with a call to businesses to help fund them.

Of the average 3km per year of rivers and other waterways rewilded in the capital since 2000, the majority have been funded by the environmental or government sector.

The Catchment Partnerships in London (CPiL), which runs London Rivers Week through its London Rivers Restoration Group, have set an ambitious target to increase that rate to 5km by 2025. If that rate was achieved and maintained, about 33% of London’s 640km of rivers (about 400 miles) could be restored by 2050, a rise from the current 20%, campaigners say.

The central themes of this, the sixth annual, London Rivers Week are access to nature, health and wellbeing and climate resilience, which will be outlined in a series of walks, talks, events, webinars (full list here) and a photographic competition.

With climate a hot topic, organisers are driving home the message that the next set of restorations must be fit for a changing climate – and that a wider funding pool must be found.

Debbie Leach, CEO of environmental charity Thames21 which chairs CPiL, said: “The majority of river restorations across the capital have been delivered by the environment sector and government sources – regional or national. Yet all aspects of society, from healthcare to commercial businesses, have a vested interest in seeing communities thrive.

“Many commercial companies have corporate social responsibility policies. As part of that community outlook, we urge them to consider the multiple opportunities to restore open spaces that we are putting forward.

“Potential funders such as health authorities and developers need to work with the environmental sector and local authorities to see the value of the multiple benefits that restoring our rivers can bring to the health of people and a variety of wildlife.

“With the global conference COP26 being hosted by our own Government in Glasgow shortly, the issue of restoring nature to help fight climate change has never been more pressing. Global temperatures are rising, contributing to more frequent extreme weather events such as flooding and drought, so it is in the interests of everyone that future restorations are resilient to the needs of our changing environment.”

Berkeley Group is one example of a private sector firm that has helped fund rewilding projects, including waterways, one being Woodberry Wetlands in Hackney.

Rob Perrins, Berkeley Group Chief Executive, said: “We are working with local partners to regenerate more than 40 brownfield sites across London, including fenced off industrial land on the banks of the River Thames, River Lea, River Brent, Grand Union Canal, Silk Stream and South Dock. As we stitch these spaces back into the city we have the huge pleasure of opening up these beautiful waterways and reconnecting local people with their local rivers, canals and docks. London Rivers Week is a fantastic opportunity to explore the city’s blue infrastructure and to celebrate the great progress being made in restoring London’s waterways to community use.”

Projects ripe for the green light, subject to funding, include: Norbury Park in Croydon, RiverWise: Nature and Community Recovery in Lewisham, which would involve time in nature being prescribed by health authorities; and Catchment Reset: a river project on the Salmons Brook, Enfield, seeking to restore the area to as natural state as possible and crucially addressing flooding issues.

Shirley Rodrigues, Deputy Mayor of London for the Environment and Energy, said: “The Mayor has made huge strides in protecting and improving London’s green and blue spaces. Our projects have helped restore some of the capital’s waterways, including Turkey Brook in Enfield and the Silk Stream in Barnet as well as the creation of new woodland in the Salmons Brook catchment to help reduce flood risk for businesses and homes. Through his Green and Resilient Spaces fund, the Mayor will continue to support important rewilding and restoration projects, as well as working to improve access to green and blue spaces for all Londoners. In the lead up to COP26, we need to step up and support action that enables Londoners to have better access to high quality outdoor spaces, creating a healthier, more resilient city that enables wildlife to thrive.”

Central to a wave of cultural aspects to the week is a tie-in to a photographic competition called #PictureBlueLondon by the capital’s arm of CPRE, the countryside charity.

Neil Sinden, Director of CPRE London, said: “From meandering river walks, open water swimming, and paddling on canals to bird watching and pond dipping, we want to celebrate London’s unique aquatic spaces. We’ve heightened our awareness and connection to the city’s waterscapes over recent months. This is an opportunity to celebrate these precious blue assets that continue to provide a source of activity, relaxation, or just a moment of escapism.”

The nine-day programme starts with a guided walk explaining how 100,000 trees being planted at Enfield Chase will help rivers and the health of the capital generally.  Other such talks range from those along the Ravensbourne, the Hidden River Fleet and the Hogsmill, among other places. There are also open days plus events outlining the significance of rivers to British Bangladeshis and African communities – a clean up followed by an honouring of the river deity Mama Osun. 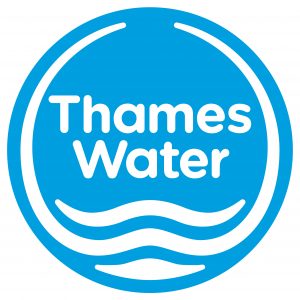 Richard Aylard, Sustainability Director of Thames Water which sponsors the week, said: “London Rivers Week is a brilliant opportunity to highlight the amazing habitats, waterways, and recreational activities on customers’ doorsteps. We are delighted to sponsor these events as protecting and enhancing the environment in London is extremely important to us.” 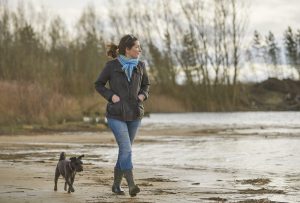 Thames Water will be hosting one of many webinars during the week. It is entitled Climate Resilience of Waterways and is led by Mr Aylard.

A “fit for the future” series of webinars, led by the Environment Agency and CPRE London, includes one called ‘Restoring Rivers: Successes and Opportunities’ where more of the 145 potential river restorations will be discussed. Among panel experts will be Dave Webb (Environment Agency), Mathew Frith (London Wildlife Trust) and Jamie Kukadia (London Borough of Enfield).

Click on the links for the full list of more than 40 events and details of the campaign.

LRW is organised for the Catchment Partnerships in London Group (CPiL) by its London Rivers Restoration Group (LRRG) arm. The principal organisations running London Rivers Week are: the Environment Agency, Thames21, the South East Rivers Trust, London Wildlife Trust, ZSL, CPRE London, the Thames Estuary Partnership, Berkeley Group and Thames Water, which sponsors the week. Many other groups run and contribute to events, walks, talks and seminars to demonstrate the value of rivers and the work that goes into protecting them.

The Catchment Partnerships in London Group is hosted by Thames21, bringing together partnerships on rivers throughout the capital to enable shared action to protect, enhance and deliver cleaner, more vibrant and accessible rivers for all.

#PictureBlueLondon  is CPRE London’s free-to-enter photographic competition, running from the start of October to November 26th. The winners will be announced in December.

Key webinars to discuss river restorations and the themes of the week, organised by the Environment Agency and partners:

Dave Bell (Natural England) and Jon Snowden (Environment Agency) will be talking about the government ambition for greater, fairer access to the outdoors and the health and wellbeing benefits this provides. To book onto this session click here.

Biodiversity Net Gain – How is the planning system affected?

Nicholas White (Natural England) and Morgan Haringman (Environment Agency) will be giving an introduction to the Metric 3.0 system, the implications this has on the planning system and more. To book onto the session click here.

Come and join a discussion with experts Dave Webb from the Environment Agency, Mathew Frith from the London Wildlife Trust, Jamie Kukadia from the London Borough of Enfield, and others TBC. Chaired by Neil Sinden, Director of CPRE London. To book click here.

Dr Ana Mijic will present a broader view of the role of rivers in adapting to climate change. She will explore how multiple components of urban water systems and planning are integral for holistic solutions to maximise the ecosystem service delivery of urban rivers. Book here.

This event will be hosted by Richard Aylard (Sustainability Director of Thames Water) and has three expert panellists. Each panellist will present on their own topic, followed by a Q&A.

Rivers Fit for the Future: Panel discussion and Q&A

A Q&A with expert speakers who will discuss the importance of access to nature and green space and the link to health and wellbeing. Speakers include Dr Ana Mijic from the Imperial College London, Neil Sinden (CPRE London) Debbie Leach from Thames21 and others. The session will be chaired by Harvey Bradshaw, Executive Director for Environment and Business from the Environment Agency. To book onto the session click here.