From its headwaters on the Harrow Weald and High Barnet, to the lowland reaches of Hounslow and the Grand Union Canal, meandering through the boroughs of Brent and Ealing, the River Brent captures and transports rainfall and surface waters from around 70 square miles (175 km2) along more than 50 miles of main river and many further miles of minor waterways, some of which have become lost rivers where tributaries have been buried underground. 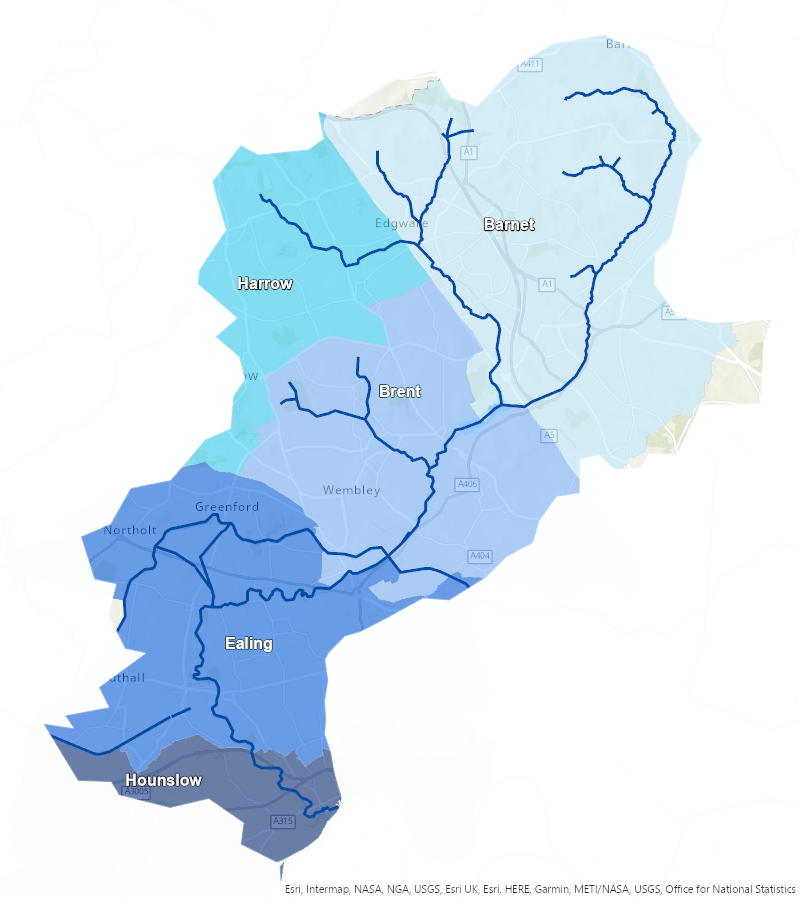 The River Brent Catchment Partnership or BCP represents a group of organisations working together to make the rivers and streams, lakes and canals of the River Brent catchment cleaner, more accessible and more attractive, to benefit both local communities and wildlife.

Taking a Catchment Based Approach our overall ambition is for catchment-wide thinking with local action as we work towards our vision to:

Promote awareness and understanding of the potential of the River Brent corridor to contribute to the social, environmental, and economic wellbeing of local people.

How we work together

The BCP network provides a forum where members can share information and build knowledge about sustainable water and river management and identify opportunities to improve local river sites across the whole Brent catchment.

The BCP steering group meets regularly throughout the year to work together proactively, bringing together ideas and energy guided by a strategic agreement.

Projects being delivered by partner organisations within the catchment include:

Find out about more of our projects on the Brent Catchment Action Plan.

.Some of the key catchment partners are:

If you would like to get involved with the river Brent, have questions or project ideas we’d love to hear from you. Contact the partnership host at rebecca.turnpenney@thames21.org.uk